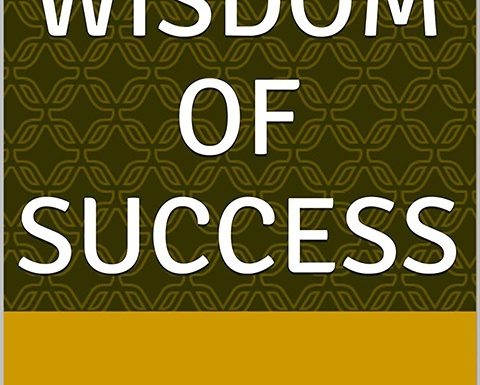 This book is the original interview from 1908 between Andrew Carnegie, one of the worlds richest men and Napoleon Hill who went to interview Carnegie in his New York mansion when he was a young reporter. Napoleon Hill used this interview as the basis for his best selling book Think And Grow Rich and in this interview, Carnegie revealed the seventeen steps to his philosophy of success.

According to Carnegie, everyone who achieves any success in life uses some combination of these seventeen principles and his definition of success was “the power with which acquire whatever one demands of life without violating the rights of others”. In other words how to do what you want.

Andrew Carnegie started out his career without money, without any great influence and with very little schooling, yet he became one of the wealthiest and most influential men of his time. He did this by starting out with a definite major goal, creating a plan to achieve that goal and devoting all his efforts and thoughts to achieving that goal until it became an obsession, a burning desire. Definiteness of purpose is the starting point of all achievement.

Use The Mastermind Principle

Carnegie separated the factors behind personality into distinct traits which can be developed by anyone and obviously need to be used in everyday life, simply knowing about them is not going to help you achieve anything. These traits are:

To achieve your definite major purpose you will need to develop the faith and confidence necessary to overcome the obstacles that you will come across on your way to your goal and many temporary failures. Life has a way of developing strength in people through temporary defeat and failure, but every failure carries with it the seed of an equivalent advantage. Self-confidence is a state of mind that is under the control of each person and supreme self-confidence is based upon faith in infinite intelligence.

Develop the habit of giving more and better service than you are paid for at all times and in all possible ways regardless of the amount of immediate compensation you receive. Everyone is where they are and what they are because of the use of their own mind, whether they admit it or not and there are many practical benefits to the habit of going the extra mile.

Personal initiative is the power through which your plans, aims and purposes are put into action, it’s the antithesis of procrastination and there can be no action without the use of personal initiative. Leadership grows out of the choice to use your free will rather than being forced to act out of necessity. It’s not possible to become a success without acting out of your own initiative

Imagination can be divided into two types, synthetic and creative. If you combine known ideas, concepts, facts and principles in a new way to produce a new result then you are using synthetic imagination. Creative imagination and totally new ideas are less common because it requires discipline over your thoughts and an obsessional desire to solve a problem or find a solution where there is none yet.

Without the ability to organise your thinking habits you will not be able to achieve success. Thought is a form of energy distributed throughout the brain but unlike other forms of energy thought has intelligence and it’s the only thing that a person has complete control over and can be directed to anything a person desires.

Defeat can be converted into a priceless asset if you take the right attitude towards it, the attitude that you only accept it as temporary. Defeat is just feedback that the method you were using to try to achieve a goal or purpose needs improving or changing. Change your plans or methods if you need to but don’t change your goal. Nothing should destroy your desire to succeed.

Inspiration is emotion in action. Inspiration is the result of desire expressed in terms of action and based upon a motive, and it creates enthusiasm. Enthusiasm is one of the greatest builders of confidence and is a sign of hope, courage and belief in yourself. It gives you a keener imagination, increases your initiative, makes you more alert and attracts the cooperation of others.

Controlled attention is the act of combining all the faculties of the mind and concentrating them on the attainment of a definite purpose. Andrew Carnegie concentrated on the making and marketing of steel, as did his mastermind group. FOCUS- Follow One Course Until Successful

According to Carnegie The Golden Rule- “treat others as you would like to be treated yourself” is a greatly misunderstood rule. The real benefits of The Golden Rule applied don’t come to those who the rule is applied to but to those who apply the rule in the form of a strong conscience, peace of mind and other attributes of sound character, factors that attract the more desirable things of life like lasting friendships and fortune.

Budget Your Time And Money

Every successful person plans their life as carefully as a successful business person plans their business. Time is the only asset you have when you are starting out and outside of sleep and work, your spare time should be devoted to achieving your definite major purpose. The habit of budgeting time and money is much more valuable than the actual amount because it’s a sign of self-discipline of the highest order. Without self-discipline, you will never achieve financial security or your definite major purpose.

There are two other chapters in the book, “The Physical Body” and “Benefit From Cosmic Habit Force” which I won’t describe here because I would not do them justice as the concepts are explained in great depth in the book.

I’ve been reading Think And Grow Rich for more than fifteen years but only found The Wisdom of Success a couple of months ago and I have to say Andrew Carnegie did a great job of explaining the principles of his philosophy of success, he really had a formula for how to do what you want in life. If you like Think and Grow Rich you will really enjoy this book. It’s the kind of book you will keep coming back to time after time

Thank you for reading and feel free to leave any comments below.

A book is a gift you can open again and again.
– Garrison Keillor